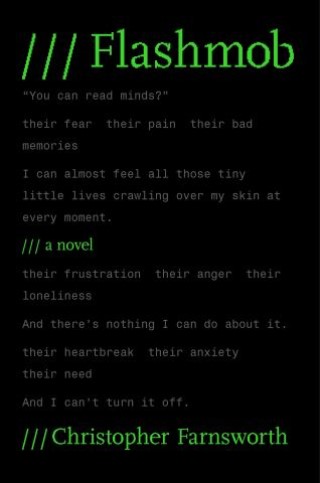 Gifted troubleshooter John Smith, introduced in the acclaimed thriller Killfile, must take down a shadowy figure who has weaponized the internet, using social media to put a price on the heads of his targets in this intense, unstoppable thriller from the author reviewers have compared to Michael Crichton, Brad Thor, and James Rollins.

As a fixer for America’s one percent, John Smith cleans up the messes of those rich enough to afford him. But he’s no ordinary gun for hire. Smith is a man of rare gifts, including the ability to read minds. Arriving at the wedding of Kira Sadeghi, a reality television celebrity he recently saved from kidnappers, Smith witnesses a group of gunmen open fire, hitting the bride and others. Though he’s unarmed, Smith cripples one of the killers and is able to pry one word from his mind: "Downvote."

Eager to learn more, Smith hacks into the brain of an FBI agent investigating the attack to discover the Bureau has been investigating a nefarious new threat called "Downvote," an encrypted site on the "dark net" that lists the names of celebrities and offers a hefty bounty for anyone who can kill them—unleashing an anonymous and deadly flashmob with a keystroke.

Finding a mastermind on the internet is like trying to catch air—unless you’re John Smith. Motivated by money and revenge, he traces a series of electronic signatures to a reclusive billionaire living at sea, accompanied by a scary-smart female bodyguard who becomes Smith’s partner in his quest. The hunt for their prey will lead from Hong Kong to Reykjavik to a luxury gambling resort deep in the Laotian jungle. Yet always this criminal mastermind remains one step ahead.

The only way Downvote’s creator can stop Smith is to kill him . . . because while this diabolical genius can run, there’s no hiding from a man who can read minds.

Christopher Farnsworth is a journalist, a screenwriter, and the author of the President's Vampire trilogy. He lives in Los Angeles with his wife and daughters.