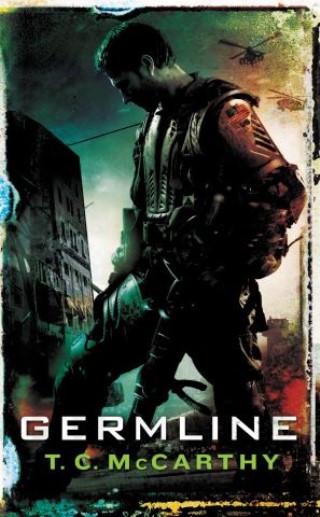 
Germline (n.) the genetic material contained in a cellular lineage which can be passed to the next generation. Also: secret military program to develop genetically engineered super-soldiers (slang).

War is Oscar Wendell's ticket to greatness. A reporter for The Stars and Stripes, he has the only one way pass to the front lines of a brutal war over natural resources buried underneath the icy, mineral rich mountains of Kazakhstan.

But war is nothing like he expected. Heavily armored soldiers battle genetically engineered troops hundreds of meters below the surface. The genetics-the germline soldiers-are the key to winning this war, but some inventions can't be un-done. Some technologies can't be put back in the box.

Kaz will change everything, not least Oscar himself. Hooked on a dangerous cocktail of adrenaline and drugs, Oscar doesn't find the war, the war finds him.