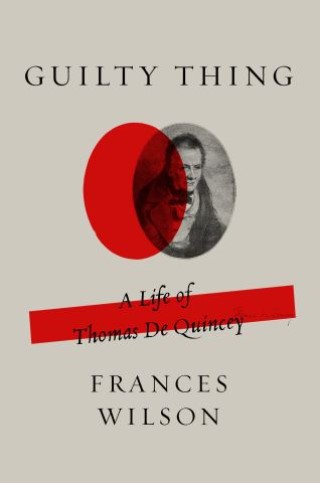 A Life of Thomas De Quincey

Thomas De Quincey was an obsessive. He was obsessed with Wordsworth and Coleridge, whose Lyrical Ballads provided the script to his life, and by the idea of sudden death. Running away from school to pursue the two poets, De Quincey insinuated himself into their world. Basing his sensibility on Wordsworth’s and his character on Coleridge’s, he forged a triangle of unusual psychological complexity.

Aged twenty-four, De Quincey replaced Wordsworth as the tenant of Dove Cottage, the poet’s former residence in Grasmere. In this idyllic spot he followed the reports of the notorious Ratcliffe Highway murders of 1811, when two families, including a baby, were butchered in their own homes. In his opium-soaked imagination the murderer became a poet while the poet became a murderer. Embedded in On Murder as One of the Fine Arts, De Quincey’s brilliant series of essays, Frances Wilson finds the startling story of his relationships with Wordsworth and Coleridge.

Opium was the making of De Quincey, allowing him to dissolve self-conflict, eliminate self-recrimination, and divest himself of guilt. Opium also allowed him to write, and under the pseudonym “The Opium-Eater” De Quincey emerged as the strangest and most original journalist of his age. His influence has been considerable. Poe became his double; Dostoevsky went into exile with Confessions of an English Opium-Eater in his pocket; and Charles Dickens, Oscar Wilde, George Orwell, Alfred Hitchcock, and Vladimir Nabokov were all De Quincey devotees.

There have been other biographies of Thomas De Quincey, but Guilty Thing is the first to be animated by the spirit of De Quincey himself. Following the growth of his obsessions from seed to full flowering and tracing the ways they intertwined, Frances Wilson finds the master key to De Quincey’s vast Piranesian mind. Unraveling a tale of hero worship and revenge, Guilty Thing brings the last of the Romantics roaring back to life and firmly establishes Wilson as one of our foremost contemporary biographers.

Frances Wilson: Frances Wilson is a critic, a journalist, and the author of several works of nonfiction, including Literary Seductions; The Courtesan’s Revenge; The Ballad of Dorothy Wordsworth, which won the Rose Mary Crawshay Prize in 2009; How to Survive the Titanic, the winner of the Elizabeth Longford Prize for Historical Biography in 2012, and Guilty Thing: A Life of Thomas De Quincey, which was a finalist for the National Book Critics Circle Award and the Los Angeles Times Book Prize in 2016. She lives in London with her daughter.