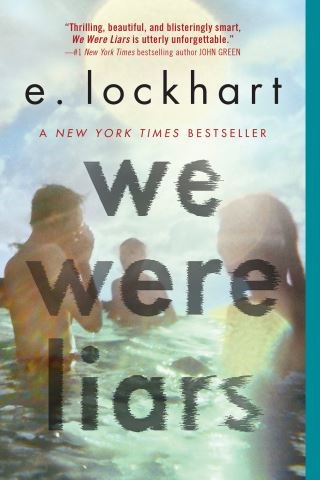 "Haunting, sophisticated . . . a novel so twisty and well-told that it will appeal to older readers as well as to adolescents." —Wall Street Journal

"A rich, stunning summer mystery with a sharp twist that will leave you dying to talk about the book with a pal or ten." —Parade.com

"Thrilling, beautiful, and blisteringly smart, We Were Liars is utterly unforgettable." —John Green, #1 New York Times bestselling author of The Fault in Our Stars

"You’re going to want to remember the title. Liars details the summers of a girl who harbors a dark secret, and delivers a satisfying, but shocking twist ending." —Breia Brissey, Entertainment Weekly

A beautiful and distinguished family.
A private island.
A brilliant, damaged girl; a passionate, political boy.
A group of four friends—the Liars—whose friendship turns destructive.
A revolution. An accident. A secret.
Lies upon lies.
True love.
The truth.

We Were Liars is a modern, sophisticated suspense novel from New York Times bestselling author, National Book Award finalist, and Printz Award honoree E. Lockhart.
Read it.
And if anyone asks you how it ends, just LIE.


"An ambitious novel with an engaging voice, a clever plot and some terrific writing." —New York Times Book Review

"No one should be talking about the shocking twist ending. What we can talk about is...[Lockhart's] razor-sharp portrayal of a family for whom keeping up appearances is paramount and, ultimately, tragic." —The Chicago Tribune

e. lockhart wrote the New York Times bestsellers We Were Liars and Genuine Fraud. Her other books include Fly on the Wall, Dramarama, The Disreputable History of Frankie Landau Banks, and the Ruby Oliver Quartet: The Boyfriend List, The Boy Book, The Treasure Map of Boys, and Real Live Boyfriends. Visit her online at emilylockhart.com, and follow @elockhart on Twitter.