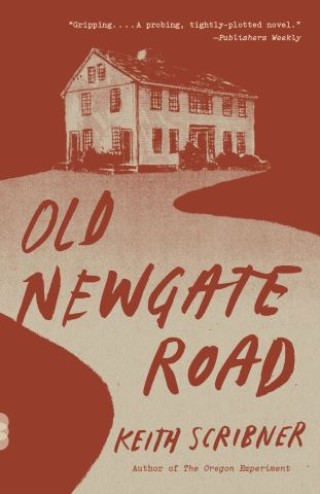 Old Newgate Road runs through the tobacco fields of northern Connecticut that once drove the local economy. It’s where Cole Callahan spent his youth, in a historic white colonial in which he hasn’t set foot in thirty years—not since he was a teenager, when one night his father murdered his mother in a fit of rage. Now Cole has returned to discover his elderly father, freed from prison, living alone in their old home and succumbing to dementia.

Matters grow even more complicated when Cole’s rabble-rousing son Daniel is expelled from high school. So Cole summons Daniel to Connecticut to work in the tobacco fields—Cole’s own job growing up. Forced together, these three generations of men must contend with the sinister history they share—and desperately try to invent a future that isn’t doomed by it.

Keith Scribner: Keith Scribner grew up in Troy, New York, and then East Granby, Connecticut. His previous novels are The Oregon Experiment, Miracle Girl, and The GoodLife, a New York Times Notable Book of the Year. He currently teaches at Oregon State University in Corvallis, where he lives with his wife, the poet Jennifer Richter, and their children.