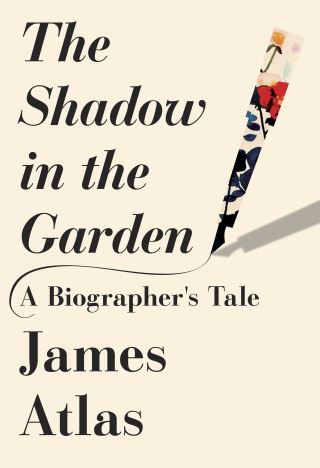 The Shadow in the Garden

The biographer—so often in the shadows, kibitzing, casting doubt, proving facts—comes to the stage in this funny, poignant, endearing tale of how writers’ lives get documented. James Atlas, the celebrated chronicler of Saul Bellow and Delmore Schwartz, takes us back to his own childhood in suburban Chicago, where he fell in love with literature and, early on, found in himself the impulse to study writers’ lives. We meet Richard Ellmann, the great biographer of James Joyce and Atlas’s professor during a transformative year at Oxford. We get to know Atlas’s first subject, the “self-doomed” poet Delmore Schwartz. And we are introduced to a bygone cast of intellectuals such as Edmund Wilson and Dwight Macdonald (the “tall pines,” as Mary McCarthy once called them, cut down now, according to Atlas, by the “merciless pruning of mortality”) and, of course, the elusive Bellow, “a metaphysician of the ordinary.”

Atlas revisits the lives and works of the classical biographers, the Renaissance writers of what were then called “lives,” Samuel Johnson and the obsessive Boswell, and the Victorian masters Mrs. Gaskell and Thomas Carlyle. And in what amounts to a pocket history of his own literary generation, Atlas celebrates the biographers who hoped to glimpse an image of them—“as fleeting as a familiar face swallowed up in a crowd.”

(With black-and-white illustrations throughout)

JAMES ATLAS is the author of Bellow: A Biography; Delmore Schwartz: The Life of an American Poet (nominated for the National Book Award); and the memoir My Life in the Middle Ages: A Survivor’s Tale. The founder of the Lipper/Viking Penguin Lives series, Atlas was for many years an editor at The New York Times, first at the book review and later at the magazine. His work has appeared in The New Yorker, The Atlantic, The New York Review of Books, Vanity Fair, and other journals. He lives in New York City.