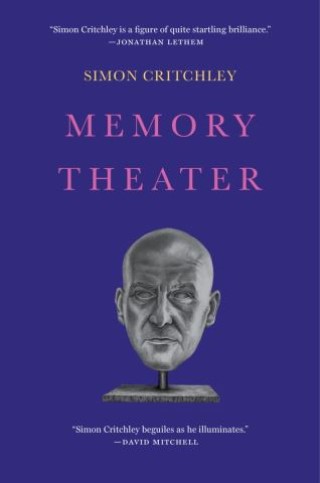 From this renowned philosopher comes a debut work of fiction, at once a brilliant précis of the history of philosophy, a semiautobiographical meditation on the absurd relationship between knowledge and memory, and a very funny story

A French philosopher dies during a savage summer heat wave. Boxes carrying his unpublished papers mysteriously appear in Simon Critchley’s office. Rooting through them, Critchley discovers a brilliant text on the ancient art of memory and a cache of astrological charts predicting the deaths of various philosophers. Among them is a chart for Critchley himself, laying out in great detail the course of his life and eventual demise. While waiting for his friend’s prediction to come through, Critchley receives the missing, final box, which contains a maquette of Giulio Camillo’s sixteenth-century Venetian memory theater, a space supposed to contain the sum of all knowledge. With nothing left to hope for, Critchley devotes himself to one final project before his death—the building of a structure to house his collective memories and document the remnants of his entire life.

Simon Critchley: Simon Critchley is Hans Jonas Professor of Philosophy at the New School for Social Research in New York. His previous books include On Humour; The Book of Dead Philosophers; How to Stop Living and Start Worrying; Impossible Objects; The Mattering of Matter (with Tom McCarthy); The Faith of the Faithless; Stay, Illusion! (with Jamieson Webster), and Bowie. He is series moderator of “The Stone,” a philosophy column in the New York Times, to which he is a frequent contributor.