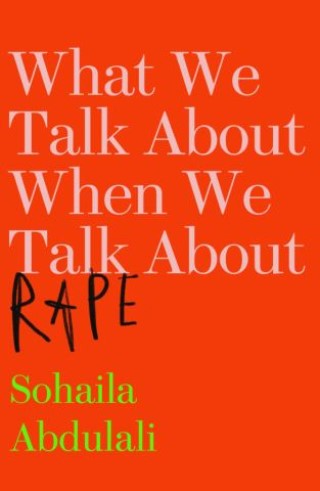 • A crucial and timely addition to feminist books on rape and sexual assault; essential reading for the #MeToo and #TimesUp movements
• Author is based in New York and able to promote in New York, Boston, and other cities where she has connections
• This book is for everyone, as the stats demonstrate: 1 out of every 6 American women will be the victim of a rape or attempted rape in her lifetime, and a sexual assault occurs every 2 minutes in the U.S.
• The amazing voices of the survivors: Abdulali braced herself for heartbreak and pain in interviewing people for the book, but instead found herself moved and inspired by the extraordinary words of resilience, humor, and wisdom from survivors from all parts of the world
• Further endorsements to come from Ariel Levy (author of The Rules Do Not Apply), Jill Soloway (filmmaker, Transparent and I Love Dick); will likely resonate with writers like Arundhati Roy and Roxane Gay
• For fans of Rebecca Solnit plus Unspeakable Things by Laurie Penny; and We Should All Be Feminists by Chimamanda Ngozi Adichie
• Anyone whose thinking was enhanced by Atul Gawande’s Being Mortal will be moved by this book
• Sarah McNally (McNally Jackson Books) is a friend and huge supporter and will do all she can to support the book’s publication