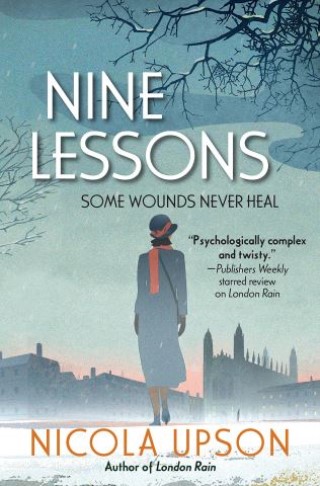 Called to the peaceful wooded churchyard of St-John’s-at-Hampstead, Detective Chief Inspector Archie Penrose faces one of the most audacious and unusual murders of his career. The body of the church’s organist is found in an opened grave, together with a photograph of a manor house and a cryptic note. The image leads Archie to Cambridge, where the crisp autumn air has brought with it bustling life to the ancient university and town.

Mystery author Josephine Tey and Archie's lover Bridget Foley have each recently settled in Cambridge, though both women are not equally happy to see him. One has concealed an important secret from Archie which now threatens to come to light. Meanwhile, the change of seasons has also brought with it a series of vicious attacks against women in town, spreading fear and suspicion through the community.

Soon, another body is revealed, and in the shadow of King’s College Chapel, Archie uncovers a connection twenty-five years old which haunted both victims—as well as some of their living companions. As Archie and Josephine each grapple with savage malefactors intent on making their victims pay, they must race to stop another attack in this beautifully written, intricately plotted mystery.

Nicola Upson: Nicola Upson was born in Suffolk and read English at Downing College, Cambridge. She has worked in theatre and as a freelance journalist, and is the author of two non-fiction works and the recipient of an Escalator Award from the Arts Council England. Her debut novel, An Expert in Murder, was the first in a series of crime novels to feature Josephine Tey—one of the leading authors of Britain’s age of crime-writing. Her research for the books has included many conversations with people who lived through the period and who knew Josephine Tey well, most notably Sir John Gielgud. The book was dramatised by BBC Scotland for Woman’s Hour, and praised by PD James as marking ‘the arrival of a new and assured talent’. Nicola lives with her partner in Cambridge and Cornwall. This is her seventh Josephine Tey mystery.