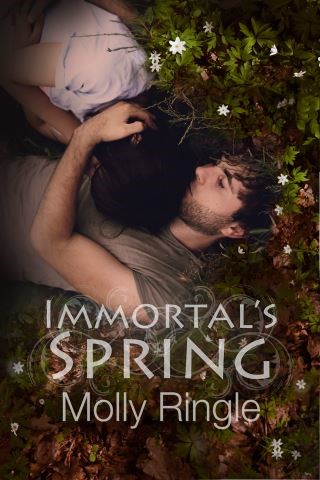 Sophie Darrow said yes once to a young man offering a realm of Greek gods and immortality. Now her home has been shattered, and her friends and family pulled along with her as they run from an evil cult and take shelter in the gloomy Underworld. To love, trust, and smile again seems almost out of Sophie's reach. But remembering the life of the original Persephone and her fellow immortals long ago may prove the best therapy, as well as their key to victory. In ancient times too, the murderous cult Thanatos attacked and eventually wiped out the Greek immortals who sought to bring good to humankind. But those immortals planted seeds in both their realm and ours to ensure that their season would bloom again someday. And spring is finally coming.

Molly Ringle: Molly Ringle became fascinated with the colorful weirdness of the Greek myths when she was a kid, and she finally wrote the Persephone-and-Hades story that had been evolving in her head all those years. She surprised herself when that story became a sweeping three-book series called The Chrysomelia Stories, including Persephone's Orchard, Underworld's Daughter, and Immortal's Spring. She lives in the Pacific Northwest with her husband and sons.