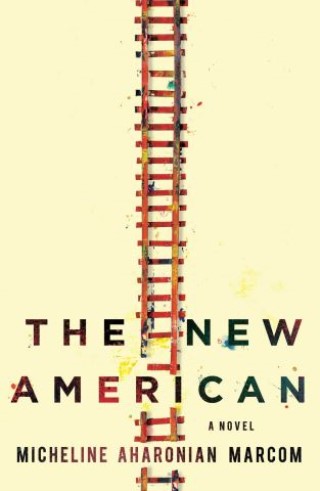 The epic journey of a young Guatemalan American college student, a “dreamer,” who gets deported and decides to make his way back home to California.

One day, Emilio learns a shocking secret: he is undocumented. His parents, who emi­grated from Guatemala to California, had never told him.

Emilio slowly adjusts to his new normal. All is going well, he’s in his second year at UC Berkeley...then he gets into a car accident, and—without a driver’s license or any ID—the policeman on the scene reports him to Immi­gration and Customs Enforcement (ICE).

Once deported to Guatemala, Emilio is determined to get back to California, the only home he has ever known. It is an epic journey that takes him across thousands of miles and eventually the Sonoran Desert of the United States–Mexico border, meeting thieves and corrupt law enforcement but also kind strangers and new friends.

Inspired in part by interviews with Central American refugees, and told in lyrical prose, Micheline Aharonian Marcom weaves a heart-pounding and heartbreaking tale of adventure. The New American tells the story of one young man who risks so much to go home.

Micheline Aharonian Marcom: Micheline Aharonian Marcom was born in Saudi Arabia and raised in Los Angeles. She has published six novels, including a trilogy of books about the Armenian genocide and its aftermath in the 20th century. She has received fellowships and awards from the Lannan Foundation, the Whiting Foundation, and the US Artists’ Foundation. Her first novel, Three Apples Fell From Heaven, was a New York Times Notable Book and Runner-Up for the PEN/Hemingway Award for First Fiction. Her second novel, The Daydreaming Boy, won the PEN/USA Award for Fiction. In 2008, Marcom taught in Beirut, Lebanon, on a Fulbright Fellowship. Marcom splits here time between California and Virginia where she is a Professor of Creative Writing at the University of Virginia. She is the founder and Creative Director of The New American Story Project [NASP], a digital oral history project focused on unaccompanied Central American minors who journeyed thousands of miles to reach the US. Visit NASP at NewAmericanStoryProject.org.